Mizpah Hotel is the second episode of Season 5 of Ghost Adventures. Zak, Nick and Aaron head to Tonapah, NV, to revisit one of their first lockdowns and explore the morbid Mizpah Hotel. Their findings shock them, as they witness an inoperable elevator spontaneously open and close its doors. 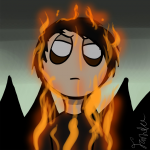